The AIMA DDQ is used by prospective investors when assessing hedge fund managers and is considered to be the industry-standard template. By having a standardised set of questions, the DDQ also helps managers respond efficiently to requests for information from multiple investors.

It was last revised in 2010 and AIMA said there was strong demand for an updated version to reflect regulatory changes since then, including the Alternative Investment Fund Managers Directive (AIFMD), which took effect in July, and other matters of interest to regulators such as dealing commissions and cyber security.

AIMA consulted with a broad range of hedge fund managers and institutional investors during the drafting of the new DDQ and their input was integral to the new revisions.

Recognising the work required by managers to update to the revised DDQ, AIMA said it has taken care not to introduce changes without merit. While there are more than 90 new questions, many previous questions have been consolidated and overall the DDQ seeks to harmonise many of the expanded investor requirements for information. AIMA is also providing tools to help managers track where the new version differs from the previous one.

AIMA CEO Jack Inglis said: &ldquo;While much of the post-crisis regulation has set out to strengthen investor protection, the due diligence process remains the single most important step that investors in hedge funds can take to safeguard their investments. This is why the AIMA DDQ remains an absolutely critical tool for investors, and why, more than 15 years after it was first published, it continues to be an essential component of much of the due diligence involving hedge funds that takes place today.&rdquo;

Mr Inglis added: &ldquo;The changes that have been made to the DDQ reflect not only the much altered regulatory landscape since the financial crisis, but also the significantly increased scope of the due diligence process that investors are pursuing today. The revision of this questionnaire would not have been possible without the guidance we received from manager members, service providers and investors. We would like to sincerely thank everyone who provided input, review and oversight in this process.&rdquo;

AIMA&rsquo;s suite of due diligence questionnaires, launched in 1997, covers the selection of hedge fund managers, CTAs, fund of hedge funds managers, clearing members, prime brokers and administrators. They are available for AIMA members only and may not be transferred to any other party. 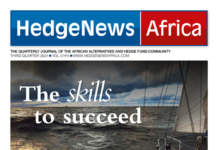