Framing your best-performing share certificate may give you a sense of satisfaction &ndash; but only because it represents a wise investment in something else.

An art investment, on the other hand, is the artwork hanging on your wall. You have to live with it, look at it and &ndash; preferably &ndash; appreciate it aesthetically. Of course it represents a potential return, but that, say the experts, shouldn’t be the sole motivator for buying it.

Art is by no means a new asset class in South Africa, but Sanlam Private Investments (SPI) has taken it to a new level with the introduction of an art advisory service, launched in September &ndash; the first of its kind in the country.

Head of the service, Stefan Hundt, is also curator of the Sanlam Art Collection and has been responsible for building up the collection over the past 13 years.

He says the advisory service was started after a “good percentage” of Sanlam’s Private clients indicated they’d be interested. “It’s aimed at people with substantial equities and bonds portfolios who are keen on diversifying and have a particular interest in visual art.

“Investing in art is not an alternative to shares. Shares provide dividends, art does not,” says Hundt. “However, if an individual is in a position to supplement their share portfolio with something else, why not consider art? That’s where the advisory service comes in &ndash; we look at a portfolio as a whole and offer independent advice on an art investment, just as a portfolio manager would offer advice on buying shares. If you’re going to buy an expensive artwork, it pays to be sure what you’re getting.”

The service, which charges R750 to R1,200 an hour, depending on what is required, can offer advice on what to buy and give valuations of artworks or collections, be they privately owned or in the possession of a corporation.

If you’re considering investing in art, it’s advisable to have a time line and to decide how much you’d like to spend over five or six years. “You could choose to spend R10,000 a year over five years to develop a healthy art portfolio, or you may want to buy one or two exceptional pieces worth a couple of million. Whatever your strategy, it’s good to take a long-term view and to bear in mind that the art market is as prone to emotion as the stock market,” he says. “It won’t give you 20% per annum, but it won’t drop 30% either.”

Hundt says indications are that the art market has stabilised and that prices have reached a platform, so it’s worthwhile having a good look round now.

Of course there are the exceptions, such as the recent record price of R13,368,000 for Irma Stern’s Gladioli. Total sales at the auction amounted to R43 million, bringing Strauss &amp; Co’s total for the year thus far to R120 million, confirming the underlying strength of the South African art market.

According to Hundt, sales from only two out of nine local auction houses totalled R200 million last year.

While private buyers seem to be spending plenty on art, corporations such as Sasol and MTN that have traditionally invested in art are not as active as they used to be. However, Standard Bank is still investing in art, guided by a careful strategy.

Hundt says art can be an effective adjunct to shares because it doesn’t correlate with the market and, like gold, acts as an inflation hedge.

It’s possible to get a significant return on an artwork (and you don’t pay capital gains tax) &ndash; but that means you can’t fall in love with it to the extent that you can’t bring yourself to part with it, he adds. Copyright. HedgeNews Africa &ndash; November 2010. 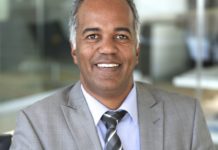