Of the 11 bourses we report on in Africa (ex South Africa), only four made gains during April 2014 with seven losing ground.

Namibia’s Overall Index has had a good three-month run, increasing 3.18% for the month and notching up a double-digit gain of 12.21% for the year so far.

At month-end, Zambia’s Lusaka All Share was 12.93% up for the year, having been 7.44% in positive territory on March 27, according to figures released by The Africa Weekly. However, its USD-adjusted return YTD was 1.45% in the red.

Kenya’s NSE 20 edged up by 0.06% in April, and was 0.45% ahead for the year. The broader Nairobi Securities Exchange meanwhile was 11.43% in positive territory YTD.

April was another cruel month for Nigeria’s All Share Index, which declined for a fourth straight month, by 0.68%, to take its losses to 6.88% YTD. Of the 11 bourses we report on (ex South Africa) the All Share Index is the largest by some margin with a NAV of US$38.48 billion.

The CFG 25 in Morocco, which is the next biggest index, with a NAV of $19.66 billion, shaved 0.07% off the bottom line but was nevertheless 4.5% in positive territory YTD by month-end.

Tunisia’s TUNINDEX lost a further 2.26% in April after shedding 2.6% in March. The index was 2.42% in positive territory for the year so far.

Botswana’s Gaborone Index suffered its third monthly loss in succession, dropping 0.83% to put it 1.9% in the red YTD.

The SEMDEX in Mauritius was 0.66% down for the month and 1.04% in negative territory for the year.

Zimbabwe’s Industrials Index hit a 15-month low during mid-April and, despite notching up gains in the second half of the month, was down 1.15% for April and 14.45% in the red YTD. After gaining 30.49% in 2013, the index is one of the worst performers on the continent this year. Copyright. HedgeNews Africa – May 2014. 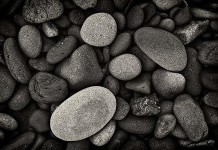