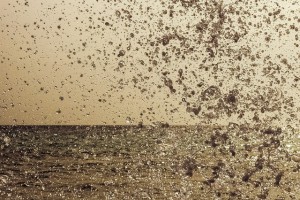 Hedge funds in South Africa account for less than 1% of the total assets managed and have experienced a beating of late, with significant outflows and some much-publicised withdrawals. Yet, according to Novare Investments, hedge funds remain a key part of any well-diversified portfolio and, although contrary to popular opinion, now may well be a very good time to be up-weighting exposure to the asset class.

“Studies show that anything from 15-20% of an investor’s portfolio (or more) should be invested in assets that are non-correlated to traditional listed markets, regardless of whether the listed market is rallying or not,” says Glenn Silverman, acting CIO of Novare Investments. “Despite the misconception that hedge funds are risky investments, South African-based funds are in fact relatively conservative. In our opinion, many may have given up on the asset class at precisely the wrong time.”

Active managers, in general, have struggled in the past few years for a variety of reasons, including international political shocks (such as Brexit and US President Trump’s unexpected win), along with local events such as Nenegate and an economy struggling to gain traction, with low levels of consumer, business and investor confidence.  This was further compounded by SA’s largest ever corporate failure, in the form of Steinhoff, along with many other stock-specific ‘bombs’.

Whilst local hedge fund assets had shown an uninterrupted growth of 118% over the past five years ending June 2016 to R68.6 billion (a mere fraction of the local asset base), according to the Annual Novare Hedge Fund survey, those assets fell to roughly R62.4 billion by mid-2017, and even further since.

Regulatory changes were introduced to local hedge funds at the end of 2017, under the Collective Investment Schemes Control Act (CISCA), which were meant to catapult hedge funds into the mainstream. Significant retail inflows were expected but ended up coinciding with industry outflows. Some have argued that the move may have, unintentionally, contributed to the poor performance and industry woes.

“Considering that too high a proportion of assets (roughly 60% by our estimates) were invested locally in highly correlated, long-short equity strategies, combined with high fee structures, net returns have been disappointing on the whole,” says Silverman. “This arguably alienated investors and further reduced the attractiveness of the asset class causing the large outflows.”

The pressure on hedge funds has been both a local and global phenomenon. Several high-profile global fund closures have occurred – such as Passport Capital, Eaton Park and Perry Capital to name but three – as performance disappointed and strategies struggled. In the aftermath of the global financial crisis, central bankers embarked on co-ordinated policies to support markets, the most significant being quantitative easing (QE) and zero interest-rate policies (ZIRP). The result of which was huge inflows into every kind of asset, along with a strong move into passive equity funds, and exchange-traded funds (ETFs).

“This drove markets higher with the larger-cap shares benefitting the most and the smaller-cap (and value) companies – the hunting ground of most active managers – being left behind, often substantially so,” explains Silverman. “Passive is cheaper than active too (in some cases now, argued to be almost ‘free’), and so a negative, self-fulfilling cycle ensued – large inflows into passive funds, leading to active manager under-performance, resulting in further flows away from active to passive, and so on. With hedge funds not only being actively managed but geared at that, their underperformance was further amplified.”

In addition, many hedge fund strategies sit with large cash allocations as a necessary part of their strategy. With near zero returns on cash, returns were inevitably going to be far lower. A ‘perfect storm’ ensued for hedge funds but now one that provides an opportunity for the savvy investor.

“Hedge funds are once again finding their feet as traditional investments start to run out of steam post the bull market of the past decade. Listed assets are seeing lower returns and investors should certainly be seeking high-quality, diversified alternative investments in any well-balanced portfolio,” says Silverman.

“For example, in the US, QE has become QT (quantitative tapering) and interest rates have risen. The one-way flows into capital markets and typically into growth or tech shares are now being challenged, with some hefty losses in late 2018. This change in both sentiment and momentum, along with the added advantage of hedge funds being able to short shares (i.e. benefit from falling prices too), should once again benefit active managers, and even more so, hedge fund managers. There are also increasing examples where hedge fund manager fees are starting to reduce, further adding to the attraction of the asset class,” says Silverman. 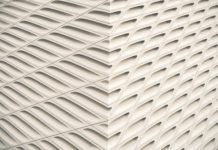 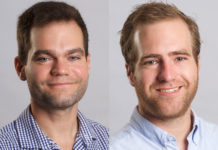 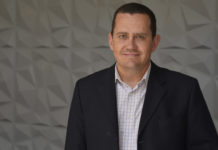