Concerns about the impact of fund size on the investment performance delivered by fund managers overseeing large pools of cash continue to reside in the minds of investors, especially where long only funds are concerned.

&ldquo;South African managers of large funds are often asked about their ability to generate alpha in a limited universe. The question arises as to how to efficiently execute strategy trades without impacting the price of the underlying security.

&ldquo;Larger funds are far more dependent on strategic over- and under-weightings in their investable universe, and are not as nimble to react to market developments. However, when it comes to hedge funds, fund size is much less of an issue in the context of alpha generation.&rdquo;

Amongst South Africa&rsquo;s biggest long only unit trusts are managers who oversee asset bases that are far larger than the entire hedge fund industry with assets under management of R62 billion. The largest hedge fund as of June 2015 had R5.3 billion in assets.

When comparing the performance of hedge funds categorised by fund size, the Novare South African Hedge Fund Survey 2015 found that the60.9% of industry assets represented by funds exceeding R1 billion achieved an average 13.8% return over the year to end June 2015.

&ldquo;It is also worth mentioning that more than 74% of inflows in the reported period were allocated to managers with more than R1 billion in hedge fund assets, which has been a trend over the years,&rdquo; Makwetu said.

&ldquo;We found that funds housing 83.4% of industry assets had scope for additional capacity, meaning they are willing to accept further capital from investors. When it comes to SA hedge funds, there is still room for growth, and it appears that larger hedge funds are not limited in their ability to generate alpha.&rdquo;

Makwetu said that hedge funds provide returns that are uncorrelated, or that have very little correlation, to the market.

She added that while hedge funds invest in the same instruments as traditional managers, they have at their disposal a greater array of tools to express their views and to generate alternative sources of return. They can profit in up and down swings, and amplify returns using leverage. 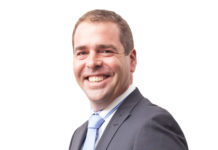 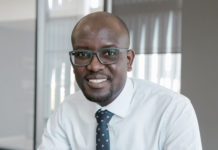