It’s happened again. Another ‘hedge fund scandal’ – according to news headlines blaring all around the world – that didn’t actually involve a real hedge fund.

Nevertheless, the reputational damage – for a hedge fund industry already viewed with suspicion or even outright hostility by the wider public – will yet again be very real. And so, again, may be the regulatory and policy responses.

This latest scandal was caused by the abrupt and calamitous collapse of Archegos Capital Management, a US-based family office headed by Bill Hwang who lost a reported $20 billion in just a few days in late March – in the process imposing large losses on counterparties including Credit Suisse and Nomura.

Hwang used to be a hedge fund manager. He worked initially for the legendary Julian Robertson at Tiger Management, and after that closed down in 2000 he became a ‘Tiger cub’, launching the Tiger Asia fund.

Tiger Asia ran for a number of years until 2012 – when Hwang was obliged to pay $44 million to settle insider trading charges brought by the US Securities & Exchange Commission. So he shut that fund down quite a long time ago – and then launched Archegos instead as a family office to manage his own money.

This latest episode has some echoes of previous big scandals that also didn’t involve a hedge fund manager, but did reflect plenty of opprobrium on the industry.

Bernie Madoff for instance – an outright fraudster rather than an inside trader or gambler who lost – was also not a hedge fund manager. He was the head of his own securities firm, and acted only as a purported adviser or sub-adviser to other people’s funds.

Madoff did not run his own funds, which was something a lot of other people in the industry found odd – if he was really as successful an adviser as he seemed.

The revelation of the epic scale of the Madoff fraud came about in the wake of the global financial crisis (GFC) of 2008. Those two big events coming together led to much investigation of the industry, and soul-searching within it, and stimulated various changes – including tougher investor due diligence procedures as well as new rules and regulations.

The real roots of the GFC were no doubt elsewhere – such as in a toxic combination of securitisation and derivatives in the mortgage-backed securities market, together with weak controls throughout the banking sector.

All but the very biggest individual hedge funds may have been simply too small to pose a systemic risk like Lehman Brothers. But collectively they could be deemed to pose one. And it also seemed necessary for a greater degree of investor protection.

The net effect of developments like the Dodd-Frank Act and Volcker rule in the US and the AIFMD in the EU was to make the whole industry much more ‘institutional’ in nature.

So, after Madoff and the GFC, it became much harder to launch and market new hedge funds; and big established funds became more obsessed than ever with risk management and compliance.

What had once been an industry of buccaneering, swashbuckling entrepreneurs hence became a business dominated by more staid and cautious money managers.

One irony of these changes was that it also made the industry increasingly less exciting for many leading players. In the last few years, leaders of an increasing number of big hedge fund groups, including Mike Platt of BlueCrest and Louis Bacon of Moore Capital, thus decided to hand money back to external investors and just run their own money instead – as family offices.

The attractions of the family office route were pretty clear. You would no longer, for instance, need to comply with all those pesky new rules and regulations for running external money – or stricter risk limits dictated by cautious investors.

You could also take much more risk, and use much more leverage if you wanted to – so long as counterparties would allow it.

And would counterparties allow it? Well, for prime brokers who were finding hedge fund clients running much less risk and leverage than before – and thus lower balances – this new breed of family offices must have looked like a highly attractive new source of business.

So, hey presto! The sort of eye-watering leverage that Hwang was running – which would never have been allowed for a hedge fund – was not such a  problem if you were a family office. And as a family office, you would not have to report or disclose so much about the scale of your bets to external investors or regulators.

In the aftermath of the Archegos affair, the likelihood is thus a renewed focus on the need for new regulations or controls, particularly for the banks – and their counterparty credit risk controls.

It seems more likely than not that some new regulatory requirements will be put in place for all sorts of counterparties. And that should include family offices – given that some of them at least, like Archegos, appear to be of systemic importance.

But don’t be surprised if this also results in yet more rules and regulations for hedge funds too. Copyright. HedgeNews Africa – April 2021. 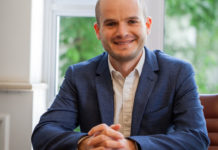 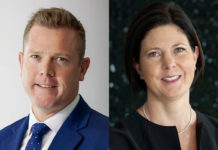 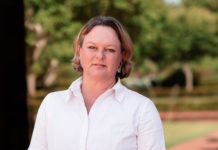