Orren Kaplan spent 20 years in the investment industry, and knows well the frustration of investing in funds that had once performed well but failed to do so once he had allocated capital.

Based in Tel Aviv, in January this year Kaplan launched SharingAlpha, a web tool that rates mutual funds and investment advisers using crowdsourcing.

The fintech startup has been described as “Morningstar meets TripAdvisor”, and taps into the idea of using the wisdom of the crowds to offer improved financial ratings and market predictions.

“I have learned first-hand that selecting the right investment manager makes a huge difference and that it isn’t a straightforward task,” says Kaplan, noting that existing fund databases and ranking systems rely on backward-looking data, with no predictive values. “Using conventional and popular fund rating tools might help you justify your choice when you are managing other people’s money, but it is not always a winning strategy.”

Kaplan has an MBA from Tel Aviv University and a BSc (Economics) from University College London. He joined Meitav-Dash Global Markets in 2005, becoming managing partner, and before that worked in dealing rooms at top Israeli banks.

Oren’s partner in the venture is his brother, Yuval Kaplan, an experienced software developer who has worked previously at Orbotech, BAE Systems and Cubital, with a mechanical engineering degree from Imperial College London.

Kaplan notes that user-generated rating platforms, such as TripAdvisor, are very popular in other service industries, hence his belief that the system will work well in the financial advisory and fund management industries.

“Our idea is to improve fund ratings by leveraging on the knowledge and experience of thousands of investment advisers and fund selectors worldwide,” he says.

So far 400 fund selectors have joined the SharingAlpha platform. As with the Uber model, which provides taxi services without actually owning vehicles or paying drivers, it employs no analysts.

The system allows participants to evaluate themselves, by rating funds based on qualitative parameters, to find out how good they are at predicting performance. Users can build a track record using SharingAlpha’s simple asset allocation tool to run virtual portfolios in three different risk profiles, helping them to track their performance. How users themselves rank in terms of fund selection and asset allocation can be used publicly or as a learning tool.

“Harnessing the joint effort of market participants to exchange ideas has happened in plenty of other industries. But it hasn’t happened in the fund industry, until now,” says Kaplan. “Often investors choose mega funds because the smaller ones are not covered by qualitative analysis. But experience shows that it is often the smaller funds that outperform. We needed to think of a way to improve resources to cover smaller or emerging funds.”

It is up to users to decide which funds are rated, with SharingAlpha then analysing the ratings, delivering a quantitatively derived assessment of the skills of fund selectors. A fund’s star rating is based solely on a formula that SharingAlpha recalculates every time the fund is rated.

Kaplan believes the systems offers advantages in a changing operating environment, where many investors are moving towards passive investment options in order to contain costs, which may not be to their advantage in the long-term.

In addition, since SharingAlpha offers rankings of both advisers and funds, investors will be able to select advisers that offer measurable added value, and those funds that have a greater chance of generating alpha.

Rating funds is a cost-free exercise, and SharingAlpha’s business model is that value will be attached to the ratings in time. Eventually market participants will pay for the right to display the ratings, both the funds themselves and the selectors.

“With ratings, there can be a conflict of interest, as only those that are willing to pay are rated,” says Kaplan. “Our method resolves that conflict. The ranking system works optimally, whether users and funds choose to capitalise on the rankings or not.”

Kaplan also sees benefits in having an established track record as a fund rater &ndash; users will develop a history that can move with them throughout their careers.

In an environment where there is increasing pressure in areas such as fees, he believes the time is right for a model that challenges existing norms, helping fund managers, selectors and advisers to differentiate themselves and show how they add value. Copyright. HedgeNews Africa – October 2016. 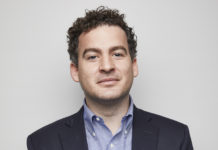 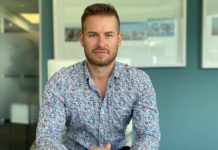 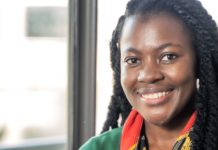