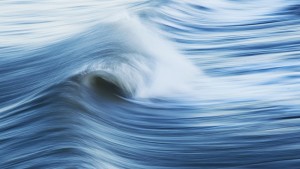 The survey of 80 asset managers with $550 billion in hedge fund assets under management (AUM) provides evidence of an increasing level of demand for RI across the hedge fund industry.

Moreover, firms said they had seen a roughly 50% increase in demand from either current or prospective investors in the past 12 months. Over 70% of North American firms reported increased investor interest in the last year, while half of European firms reported the same.

In order to meet a growing investor appetite, about 40% of firms had either already hired an RI specialist, or were planning to do so.

The practice of responsible investment was found to be most prevalent among larger firms. Some 80% of firms with $1 billion or more in hedge fund assets reported an increase in their RI capabilities, compared to a third of sub-$1 billion firms. But among the smallest firms, those with $100 million or less in AUM, around a quarter invest a majority of their assets following RI principles, indicating the emergence of a number of specialist RI hedge fund firms.

Some 38% of firms surveyed use ESG factors to evaluate investment opportunities, while 18% have adopted socially responsible investments via the negative screening of companies from their investment portfolio. A further 5% of those who responded to the survey said they engage in impact investing.

The report – titled “From Niche to Mainstream: Responsible Investment and Hedge Funds” – also cast light on some challenges that firms face when looking to incorporate RI into their investment strategies. The two most commonly referenced issues, cited by almost half of all respondents, were “inadequate methodologies for the calculation of sustainability risks” and the “lack of relevant disclosure from companies”.

AIMA’s CEO Jack Inglis said: “Responsible investment is becoming increasingly important to the hedge fund industry and firms are responding to investor demand by investing in the data and expertise they need in order to accurately measure the social and environmental dimensions of their investments. As such investments become more sought after, these additional fiduciary duties require managers to ensure they have a very clear understanding of their clients’ investment objectives. In the coming years we expect the industry to be very innovative in matching up the need to deliver on investors’ deeply held beliefs whilst continuing to deliver on the goal of providing superior risk-adjusted returns.”

Tony Cowell, Partner, Head of Asset Management for KPMG Cayman Islands and Co-Chair of the Editorial Committee for CAIS, said: “The same transformation that is occurring in the traditional asset management industry is now happening in the alternative investment industry as well. Each year, CAIS hosts multiple panels dedicated to responsible investment in the hedge fund industry, and each year we see more of these conversations translate into real-world investment decisions. This sector is only going to grow in importance as more hedge fund managers and investors work together to make an impact.”