Adam Chamberlain, CEO of established London-based boutique CDAM, which manages close to US$1 billion across both hedge fund and long-only strategies, shared his views on playing to one’s strengths as a boutique business.

After joining the investment industry in the 1980s, Chamberlain noted how he and CDAM’s CIO Scott Davies had reached a point where they felt it was timely to launch their own independent asset management business.

“I love the financial markets, but trying to dive down and discover the outsize returns became more difficult within the big institutional framework of the investment banks,” he said.

In the early 2000s, the pair set up their own shop in London, which at the time had the most robust regulatory environment that they felt would reassure their end clients. “Probably even more so today than then, it’s one thing to generate the returns but if an end client thinks there is a regulatory vulnerability about your business they will be very reticent to commit capital to you.”

CDAM launched in 2006 with US$5 million in friends and family money.

It has developed a concentrated equity portfolio in the developed markets, comprising 15-20 equity names primarily focused on the US but also Europe, the UK and Canada, with its 10 biggest positions representing about 70% of capital in the long-only strategy. The hedged solution, also run since day one, mirrors the long book with insurance added if it is cost-effective and appropriate, as is currently the case.

How does CDAM approach managing long-only money together with hedge fund assets?

“The equity names are exactly the same,” said Chamberlain. “We have [client] mandates driven either by their own corporate governance or trustee governance that can only have long exposure. We also have clients who want the ability to be hedged and, certainly over the last six to 12 months, a lot of the incoming enquiries have been on the hedge side.

”People are very cognisant of the fact that the last 10 years have been a very positive time for the markets and if they have been fortunate enough to have been invested, now might be a good time to take beta off the table.”

Chamberlain said that the price swings, volatility and liquidity gaps that typified the fourth quarter of last year had brought “significantly more demand” for its hedge product.

What are the current themes in the market?

“If one has been passively invested over the last eight to 10 years, 95% of the time you will have outperformed the broader markets and active strategies. That has superimposed itself in what some call growth. Certainly in the US and in Europe, a handful of big growth names have generated most of the returns in the broader indices. Such high valuations mean the bigger bulge-bracket firms are trading at multiples now where people are having to look elsewhere for value.”

Chamberlain noted that investors who had allocated to growth or passive strategies in recent years would have done exceptionally well. “We are now in an environment where the ratio between growth and value is back to where it was 20 years ago just before the dotcom bubble burst,” he said. “I think it indicates that the time is right to move into the alternative space. Somewhere between $3 trillion and $5 trillion has been invested passively over the last five or six years, and that is going to be moving away from passive into active strategies where there is real onus on the investment managers to do the work and find companies that will outperform the broader markets both on an absolute and a relative basis.”

The previous nine months had brought a breakdown in correlations, with individual company performance diverging after several years of complete sectors or indices moving in tandem. “So I think very strongly that over the next three to five years if you invest blindly in a passive way you will underperform the indices,” he said. “We’re just trying to dig down, find the individual companies that have the financials, the management and the robust balance sheet to outperform going forward, whatever the environment.”

Half the portfolio is now invested in traditional value names, where CDAM sees either unrecognised value on the balance sheet or believes there is a potential catalyst to generate an outsize return. The remainder is in what CDAM calls “compounders”, namely well-run companies with high returns on invested capital. “These are what we call the holy grail of investing,” he said. “These companies should be in the portfolio for a number of years.” He added that the team had been very proactive in the fourth quarter, acquiring names that the market suddenly presented at appealing valuations.

When it came to running a successful business, Chamberlain noted that returns were not always the primary driver for clients.

“Yes, you have to be able to generate the returns but at the same time you must have robust infrastructure, there has to be integrity within the team and there can be no potential regulatory red flags,” he said. “No one is going to get fired as an end client for investing with a manager that underperforms, but if you invest with a manager that can’t afford to keep the lights on or suddenly has the regulator knocking the door down, your seat becomes very, very vulnerable.”

From day one, CDAM has been cognisant of the need for robust infrastructure, and complete compliance with the regulators (currently in the US, UK and South Africa). “I’ve spent more time with compliance and legal consultants in the last 18 months than in the previous 11 years but that is the way the pendulum swings,” he said. “The industry was under-regulated until 2007/8 and we are now over-regulated. That’s not going to go away soon. The ability to make investments is now ultimately dictated by a credit officer or a compliance officer. We all have to be aware of that. Outside of the investment team, you have to be exceptionally transparent.”

He noted that an investment team needed a shared passion for investing. “In a small team, you can’t have people who are just there for the ride. Obviously, if they are brighter than you it helps because it ups the average IQ. There are complementary visions and ambitions within the industry and at the same time there are unique skillsets. If you can have unique skills within a team, then that gives you the conviction that they might be finding names to invest in that other people aren’t. That is the thing we are constantly driving and I’m sure other boutique managers do the same. We are in an environment now where we definitely do not want to look like the index.”

“We think over the next three to five years if your portfolio looks like the index you might be in trouble because the broader indices in developed markets are going to come under stress. If you can generate a portfolio of companies that don’t necessarily behave like the broader market, you may be at an advantage.”

Chamberlain said that fees were “rightly under the microscope”, as they had been “exorbitant and prohibitive for far too long”. “But I will say that end clients should always want to pay performance because by definition that means that the managers you are investing with are performing. That’s not blind performance, it should always be over a hurdle of your choice or over a benchmark, but being able to go to your investment committee or your trustees and tell them you paid performance this year is good because it means they are outperforming.”

CDAM’s fees operate on a sliding scale. He believes that operational fees should work on a sliding scale, as AUM grows, a structure it employed across its offerings, which include an offshore fund, a model portfolio, UCITS strategies and segregated accounts.

With assets touching $1 billion, its fees were now around 20% of the level that they had been at launch 12 years before, and were “heavily skewed” towards performance.

“Our end clients would really struggle to articulate [high fees] to a pension trustee in the mid-West that’s made up of retired teachers, firemen and police officers,” he said. “You need to have a dialogue with your clients and justify your fees so that they can justify them to the people above them.”

CDAM had initiated  a low management fee, and then a fair performance fee over a benchmark but with a cap, which it believed was the fairest approach. “If we have a knockout year, our investors still know the maximum they are going to be able to pay us. They’re not going to get a horrible surprise.”

CDAM favoured the outsourcing model for operational and regulatory services, which required due diligence on its service providers. “We love the fact that we walk into our office every morning and the day is spent batting around ideas, trying to find investments,” he said. “It’s lean, it’s clean, we think it’s more cost-effective. But it does take a lot of work from the COO and the people around him to make sure that we don’t make mistakes. The 2008 crisis showed that a mistake by one of your outsource people becomes your mistake.”

What lessons had CDAM learned, and how did it go about communicating with investors when things didn’t go to plan?

“Be transparent about everything at all times. People would always rather know about things from you rather than find things out after the fact. And communication. Yes it’s good to share the good times but when there are bad times, which there will be, you need constant communication, and face to face is always preferable.

“People sometimes forget that as an investment manager you are managing other people’s money. You have that constant obligation to be aware of what you are doing within the portfolio and the business. So transparency, honesty and integrity are the bedrock, but on a day-by-day basis you need transparency and communication.”

Would CDAM be able to start the business today as they did a decade ago, given the industry consolidation of recent years and the regulatory evolution?

“100% not,” said Chamberlain. “When we launched, we didn’t break even for about two and a half years. We were paying to go to work.

“The barriers to entry are quite significant now and not only the costs of coming into the business but also from a client point of view. You’ve got to sit back and think OK, would an end investor take the risk of investing with someone who’s small, who might not be around in 12 months time? So you have to be aware of that too.”

As CEO of the business, what has kept him awake at night over the years?

The 2008 crisis had been a stressful time, and CDAM had at the time transferred a lot of its assets to a new prime broker as there was real counterparty risk. Similarly, the European situation in 2011 could well have spiralled into a repeat of 2008.

“But the most sleepless nights come back to whether or not we have done something wrong in the portfolio. Any day or night when the portfolio is doing badly keeps me awake,” he said. “That seed of doubt is there. You ask yourself: have we missed something? Because when you are concentrated, and the portfolio is underperforming on a relative basis, you do wonder if we have missed something. And that just means coming in earlier the next day, sitting down with the team and doing the work again.”

He concluded by stating that the alternative space stood to do well in the coming years, given that managers were “hunting away from the pack” at a time when the expected returns from developed markets were muted and yields were negative. Copyright. HedgeNews Africa – April 2019. 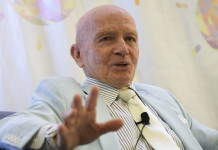 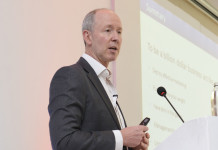 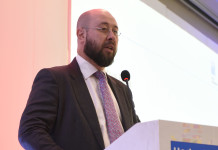