Trade volumes remained low in March as the major African markets failed to register significant gains. Upcoming elections in Ghana and Zimbabwe later this year and, most notably, in Egypt in June are duly noted as high-risk events for investors and their impact on the markets will be closely watched.

Seven major African markets ended the trading month in the black. Ghana’s Composite Index registered the largest gain at 2.99% with Nigeria’s All Share rising 2.63%. Returning 1.91% in March, Kenya’s NSE 20 continues its strong run from February. The Mauritian SEMDEX and Zambian All Share indices managed to add 1.84% and 1.29% respectively, coming off February’s losses.

Rounding off the gainers in March were Tunisia’s TUNINDEX (adding 1.07%) and Botswana’s Gaborone Index (up 0.99%).

In Egypt, political instability dominated, created by the Muslim Brotherhood’s Freedom and Justice Party’s call for the dissolution of the ruling military council. The reaction led to a sector-wide fall although the EGX 30 remains 38.54% higher year to date.

The Morrocan market was pressured by negative growth forecasts from the central bank, which predicted a lower-than-expected 2.2% growth rate for 2012. A 25-basis-point reduction in Morocco’s benchmark rate was too little to offset the negative sentiment. Critical to the gloomy outlook are the heavily reduced 2012 cereal crop output (which is set to halve from the 2011 harvest), low tourism numbers and expectations of high food price inflation in the latter half of 2012.

In Nigeria, US-based utilities company General Electric entered into an agreement with the Nigerian authorities to construct a number of power plants to aid electrification and delivery to developing areas of Africa’s most highly populated nation. Also noteworthy are proposed pension-related reforms, which include doubling the investible funds in equities to 50%, a 5% rise to 40% in corporate bonds and 5% into private equity.

South Africa’s Johannesburg Stock Exchange (JSE) announced its new Africa plan in early April, which aims to lift the number of African listings on the exchange. As numerous African companies choose to list on international exchanges such as the London Stock Exchange (LSE) and New York Stock Exchange (NYSE), the JSE is looking for measures to ramp up its competitiveness.

The JSE will be discontinuing the Africa Board and thereby, listing the existing companies on the Main Board, while growth companies will list on Alt-X. Furthermore, the exchange aims to increase trade in depository receipts (DRs) and improve offerings by introducing a variety of exchange-traded-funds (ETFs) and debt securities. 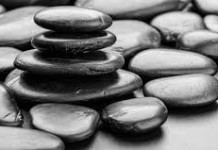 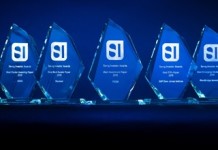 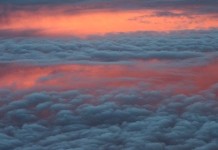